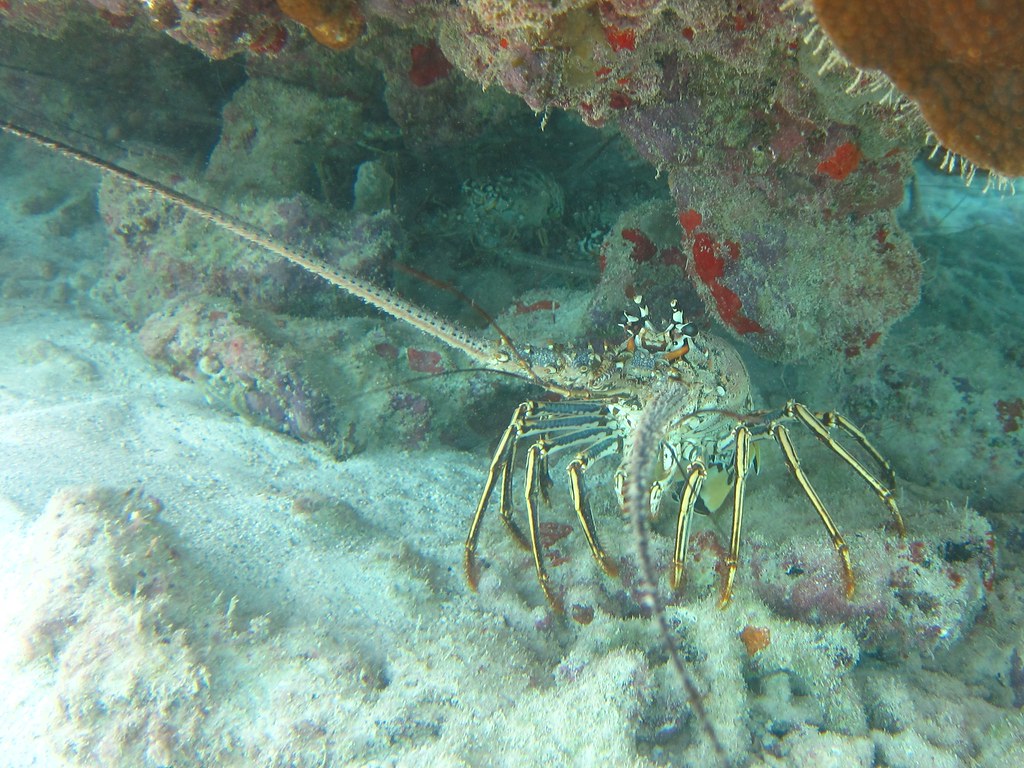 Rock Lobster or Spiny Lobster is  a sea crayfish, imported into the United States in the form of frozen tails, frozen cooked meat or frozen canned meat. Spiny lobsters are found in Australia, New Zealand, Ireland,South Africa, and the Bahamas, called crayfish, sea crayfish or crawfish, also known as kreef in South Africa.

Spiny lobsters have more meat than the lobsters in New England. These usually reside in the coral reef and rarely come out at night to seek snail’s, clams, sea-hares,crabs etc. Sometimes, they migrate in long groups, across the sea floor.

If you are lucky enough to get a whole spiny lobster, you can make a wide variety of tasty dishes. These dishes are really tasty and bound to make the lobster lovers happy. In order, to boil a spiny lobster. First,place the head of the lobster into boiling salt water. Then, simmer for 12 to 15 minutes. To boil its tail, repeat the same step, except for the cooking time. Reduce it to 5-10 minutes or based on its size. The shell of a spiny lobster, turns bright orange when cooked.

Lobsters can be cooked, grilled or you can work your magic and create a new dish. Here is a recipe for making Curried lobster rolls:

Take a small Spanish onion and chop it coarsely

Take three cloves of Garlic and chop it coarsely

Ingredients for making the Lobster Roll

cilantro, one cup which has been finely chopped

and finally, one butter stick unsalted at room temperature.

Spiny lobsters are found in regions with warm seas, like the Caribbean and the Mediterranean sea. These are very much different from the original lobsters, both in anatomy as well as taste. But still they are delicious and has more meat, than ordinary lobsters.